A partial solar eclipse darken North American skies this afternoon on October 23, 2014.  Many parts of the United States and Canada will see about half of the sun's disk obscured by the moon. Solar eclipses occur when the moon, sun and Earth line up, with the moon blocking all or part of the solar disk from viewers' perspective. The last one occurred on April 29 of this year.  A total solar eclipse will occur next year on March 20th, 2015 on the Spring Equinox, but will not be visible in North America. We will need to wait until August 21, 2017 to see the next eclipse here in Utah.
Here is a photo I took from downtown Salt Lake City. 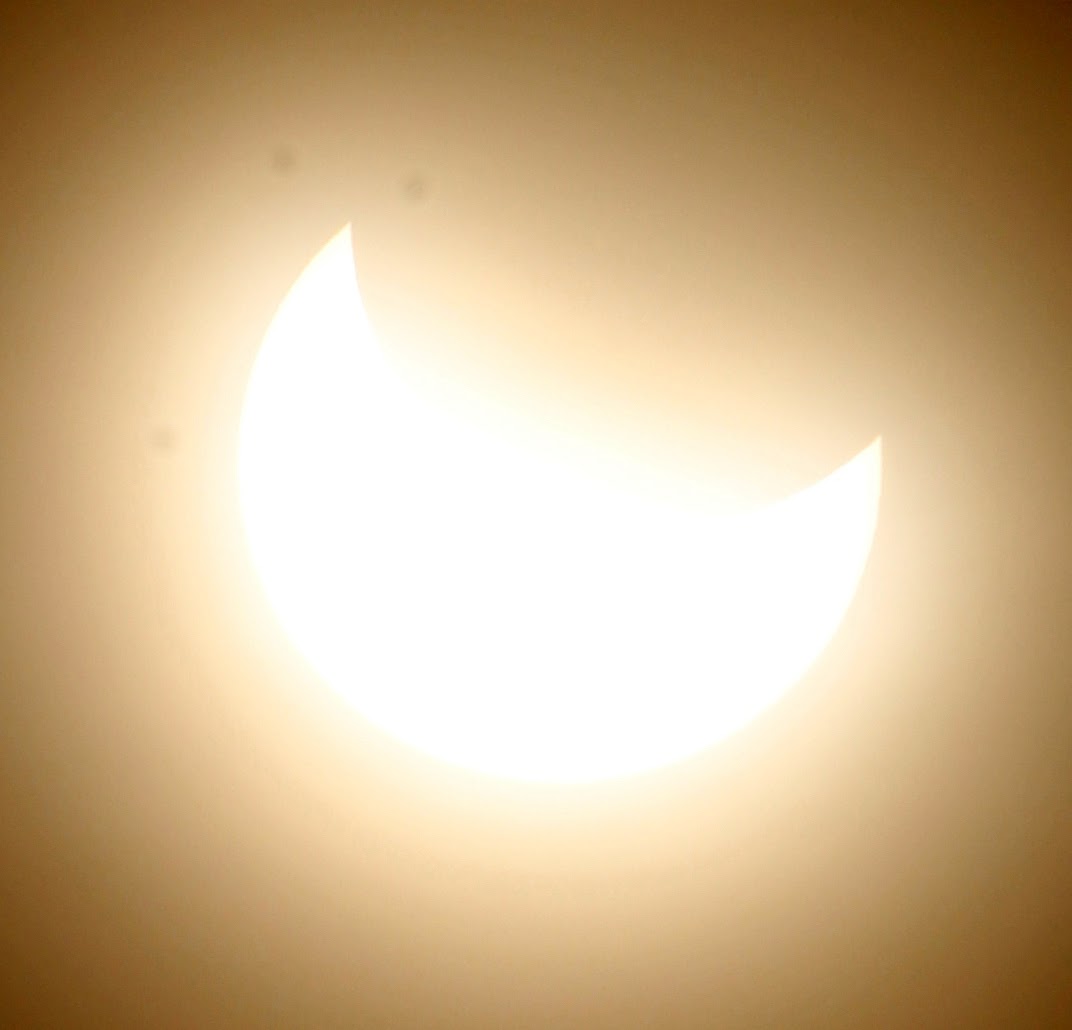 Posted by BARE RECORD OF TRUTH at 4:34 PM