379: DOES THE DIRECTION WE ARE FACING MATTER?

According to scripture, at the Second Coming the Savior will come from the east (see Matthew 24:27). The Church’s guideline concerning placement of the angel Moroni figures is that where possible, they should face eastward.

Below is a photo of the Meridian Temple in Idaho that is currently under construction. On a recent trip to Idaho, we drove past it to see the progress. Angel Moroni has now been set in place on top of the Temple. I was surprised to see that Moroni is facing South with his trump pointing directly Southwest. The decision for the new orientation is for athetics so it aligns with the front entrance to the Temple. (see below the information on Angel Moroni that is posted in the Visitors Center) 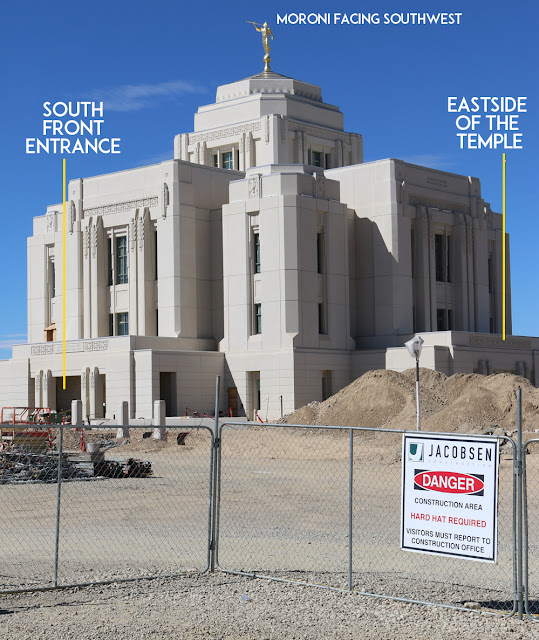 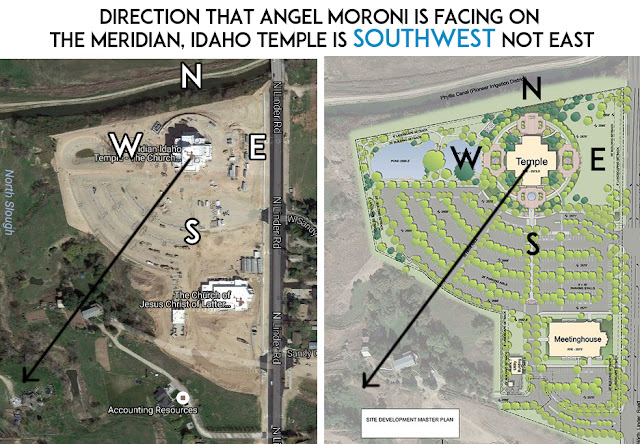 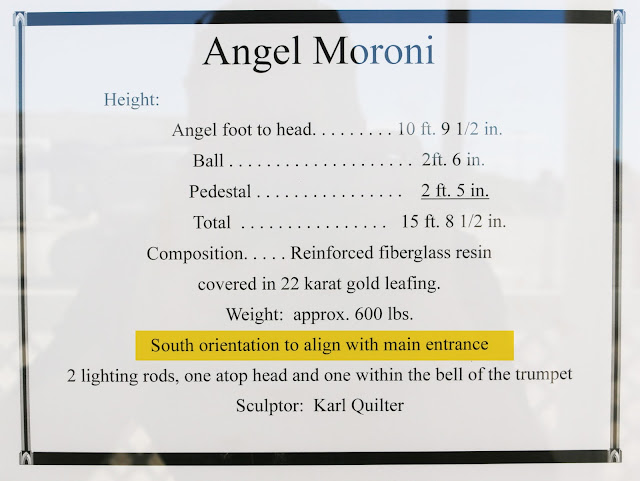 This is not the first time that the orientation of Angel Moroni has been altered. Originally, the figure on the Los Angeles Temple was placed facing southwest, the same direction the temple faced, but the figure’s orientation was adjusted to face due east upon instructions from President David O. McKay.
I wonder if we eventually see the same adjustment made to the Meridian Temple.


NEXT BLOG POST WILL BE ABOUT THIS:
Another City Creek?
PHILADELPHIA TEMPLE

I can't post the picture on your Blog for some reason, so here's the link that shows the direction which Moroni faces atop all LDS Temples.

At Spokane, the Angel was turned from east to west a couple years after dedication to give it a more pleasing look.

As Los Angeles, the temple sits on the lot at an angle. the "front" entrance faces south east and that is the direction the statue was initially intended to face. President McKay had it rotated 90 degrees and it now faces North East instead.

It should be noted that while east is most often preferred, the architect has a say in which direction would look best. If you look at the official render for the Meridian temple, the statue faces east. Sometime after the render was made and before the statue was placed, the plans were changed to face the statue south (Note, when referring to the way the statue faces, architects refer to the direction the chest and feet point, rather than the trumpet. This is why the sign in your photo says south, rather than south west.)